Your page? Unpause your account to remove this banner. 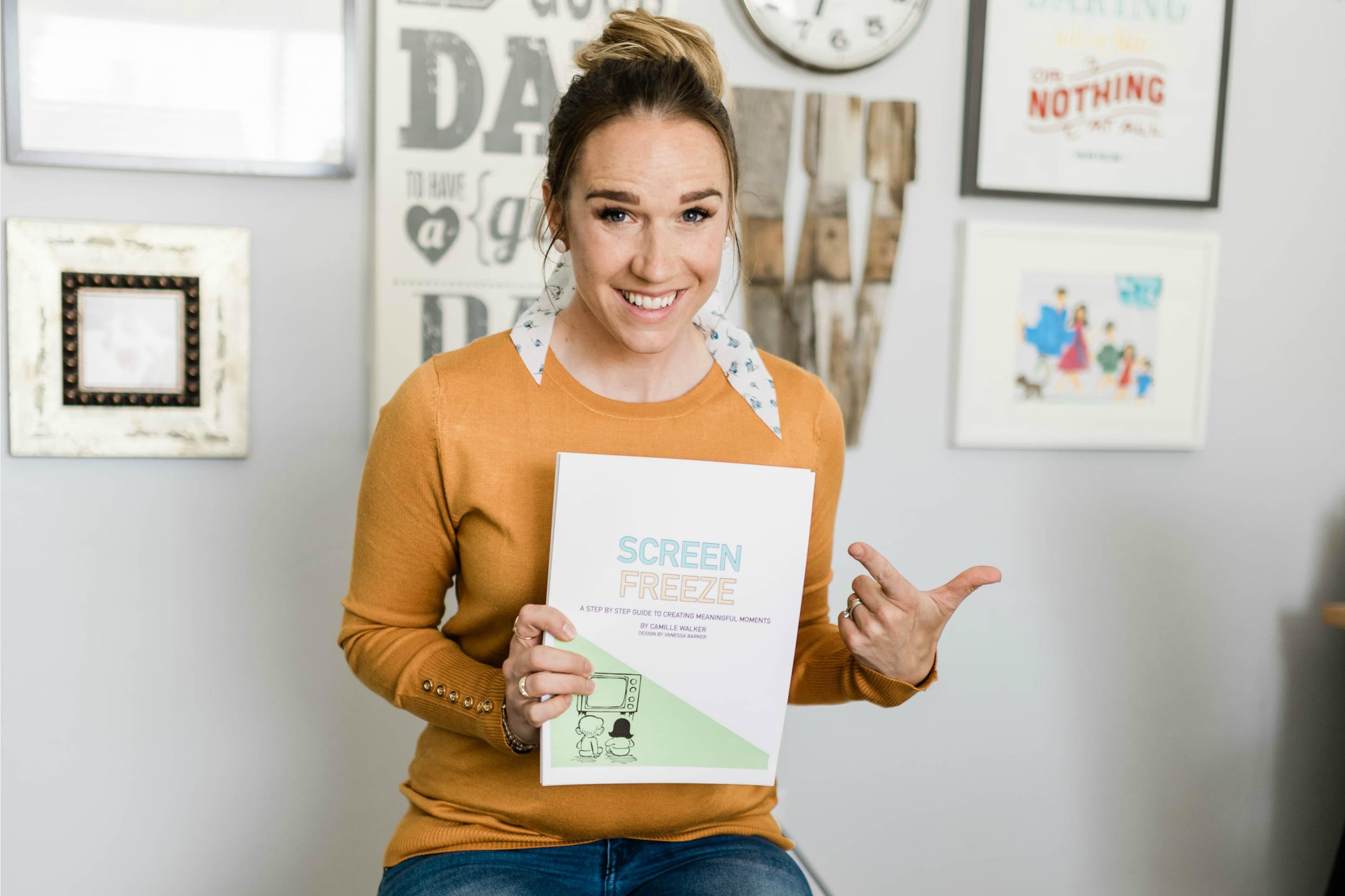 Your step-by-step guide will make sure you don't miss any steps and are prepared to have a successful screen detox.  We will help you 1) determine your why, 2) pick a timeline, 3) not miss a step with our checklist to getting started and 4) set the stage for your screen freeze.
2) Parent Guide & Personal Evaluation 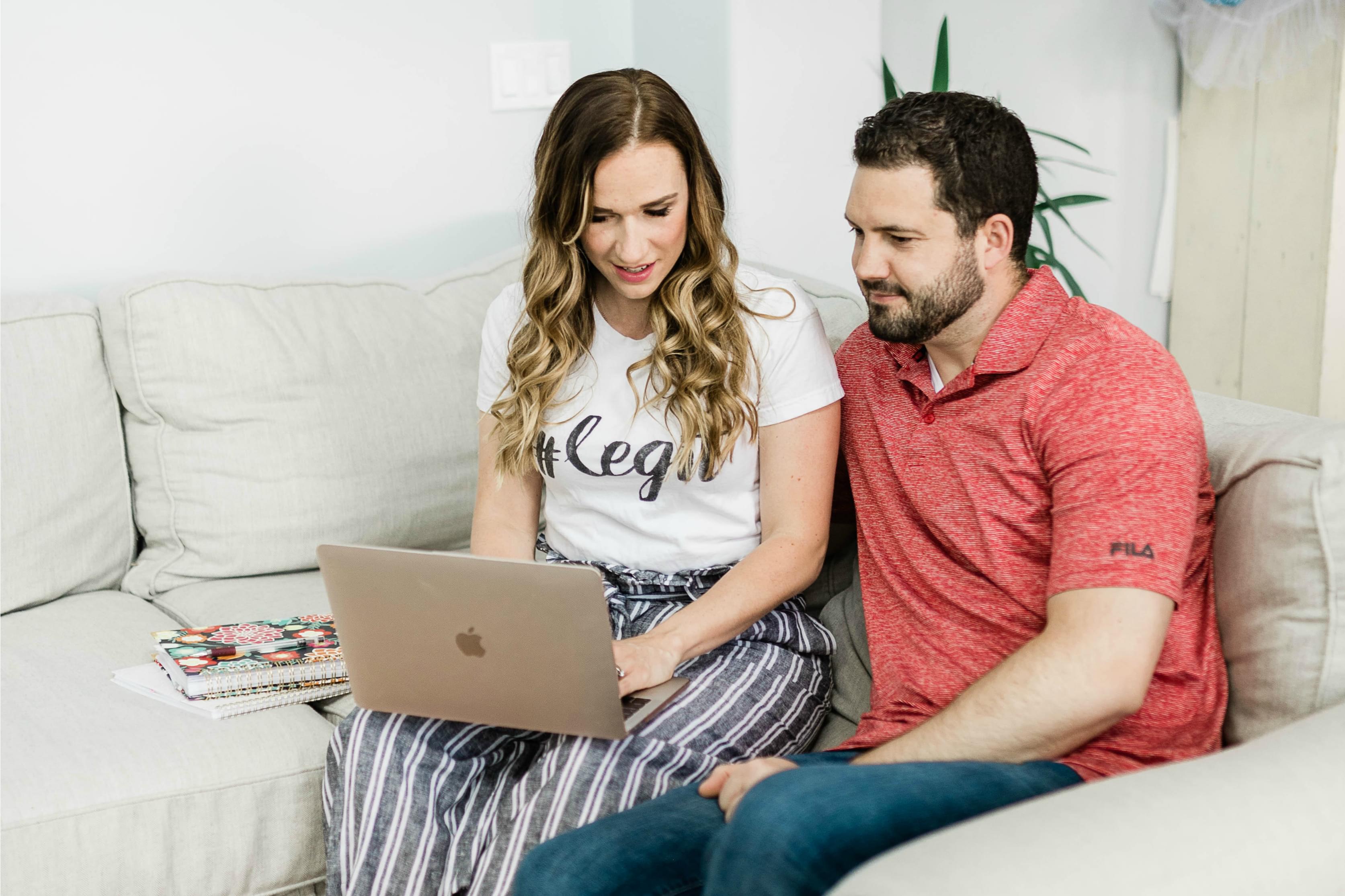 The parent guide will help you determine your core values and your "why".  Our Screen Contract Templates will help your family solidify your commitment to each other.
3) 100+ Screen-Free Activity Ideas 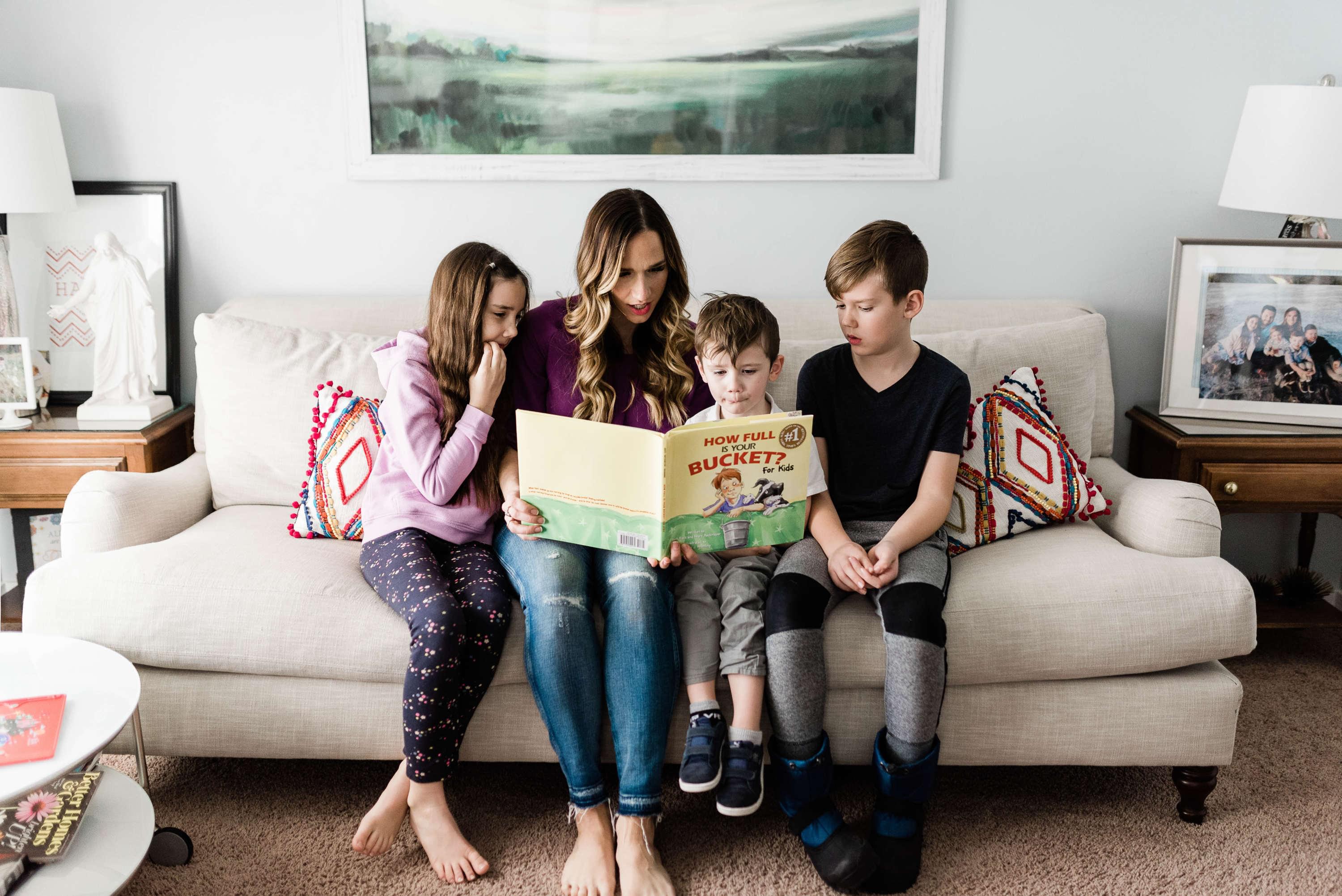 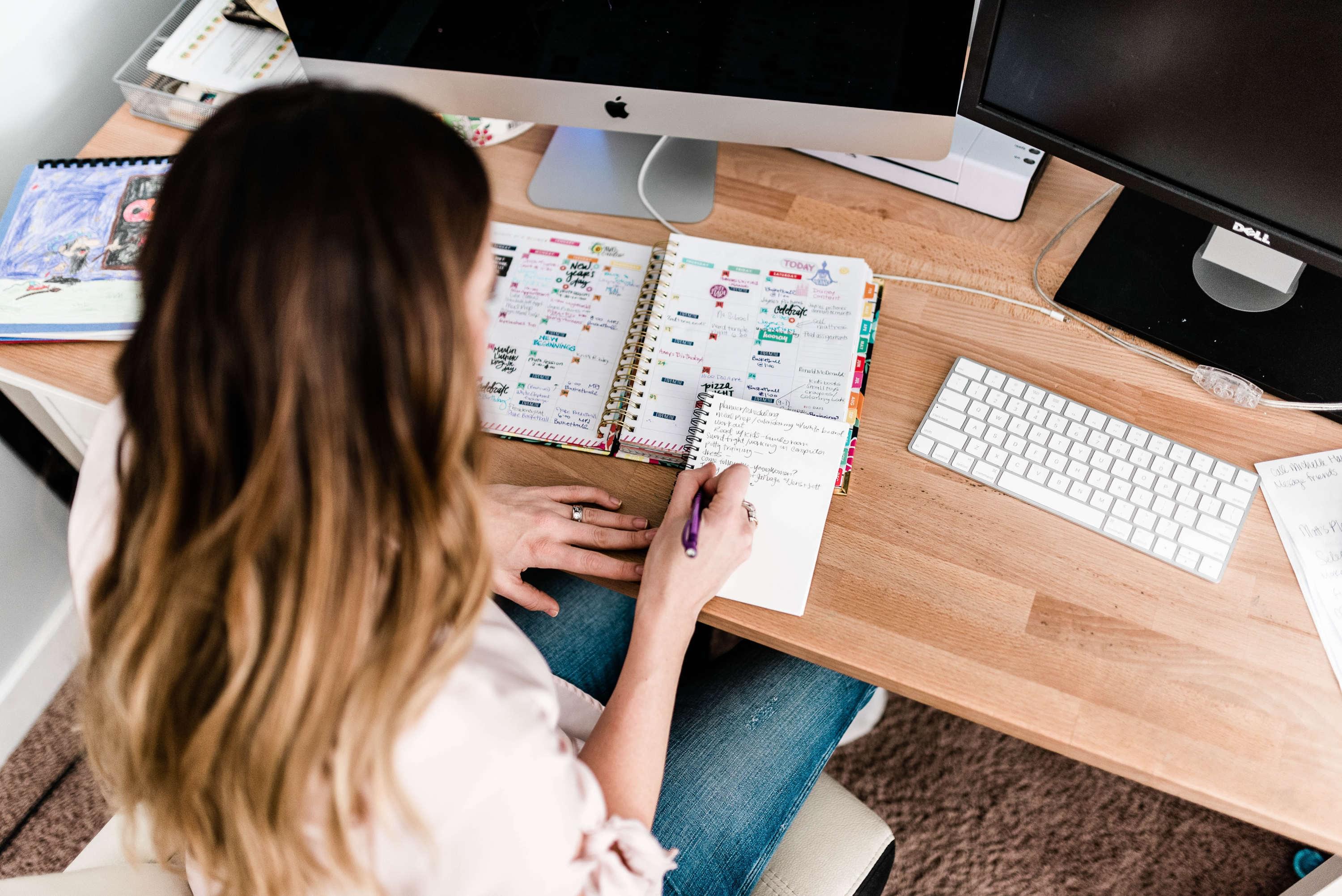 The most important part to a successful screen freeze is a plan!  Your Screen Freeze Handbook comes with fillable weekly activity planners.  You can customize your own schedule or you can follow one of my pre-filled block schedules.
5) Screen Freeze Reward Chart 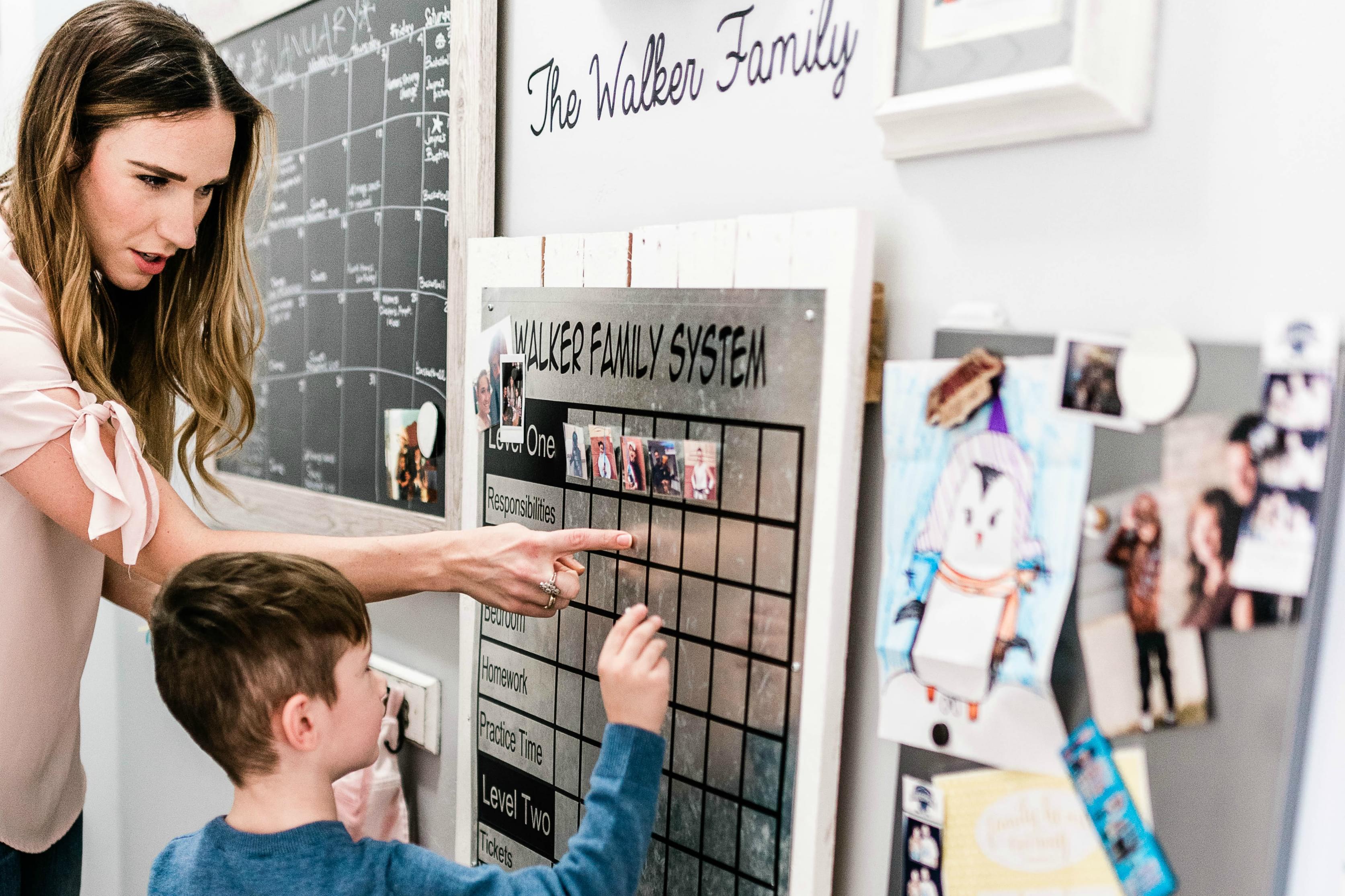 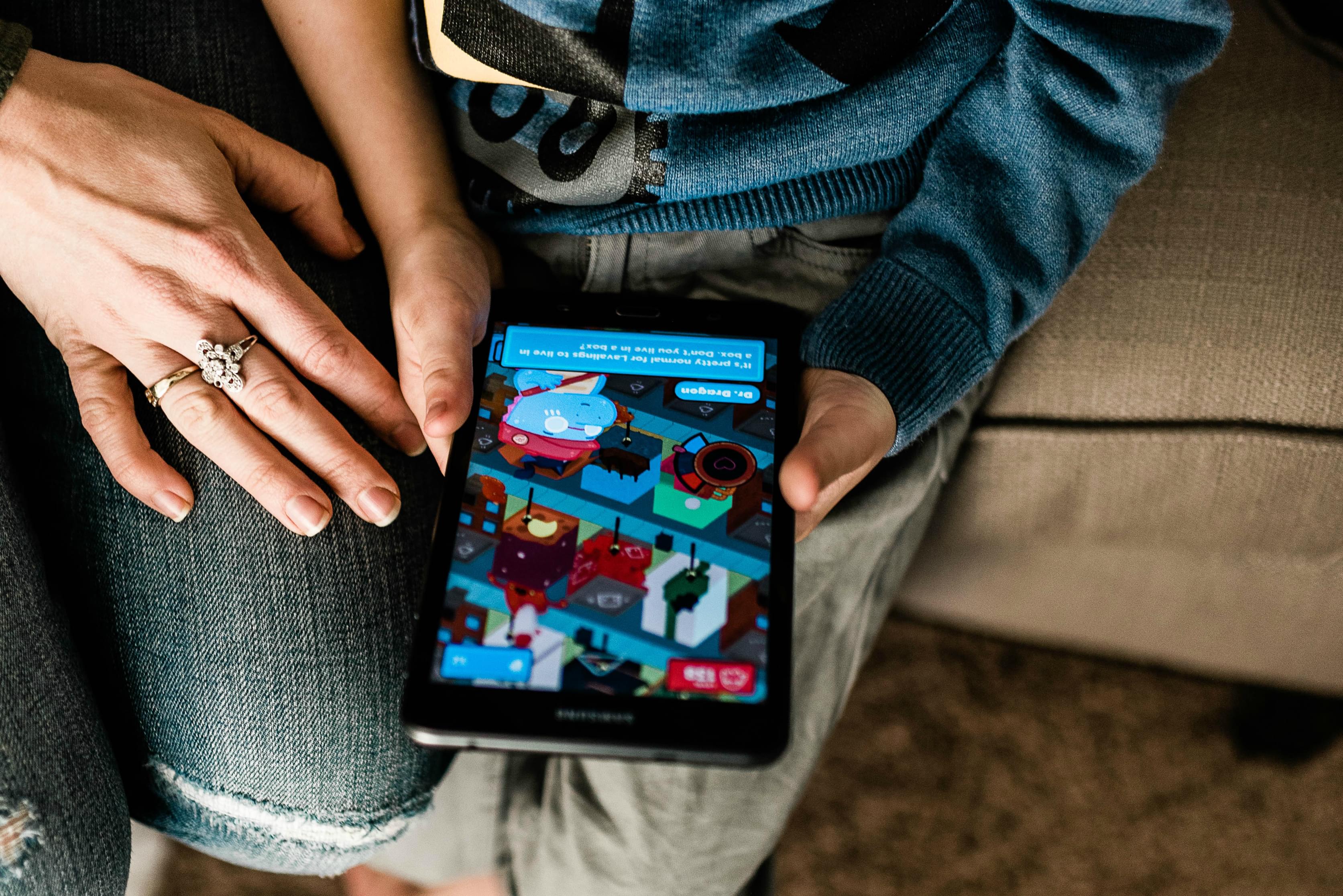 After your screen freeze, it's important to establish healthy habits with screens.  We will show you how to do this with children of all ages!
But Wait That's Not All!!
Order Now and You'll Also Get The Following Bonuses!
1) A 4 Part Video Instruction Guide! 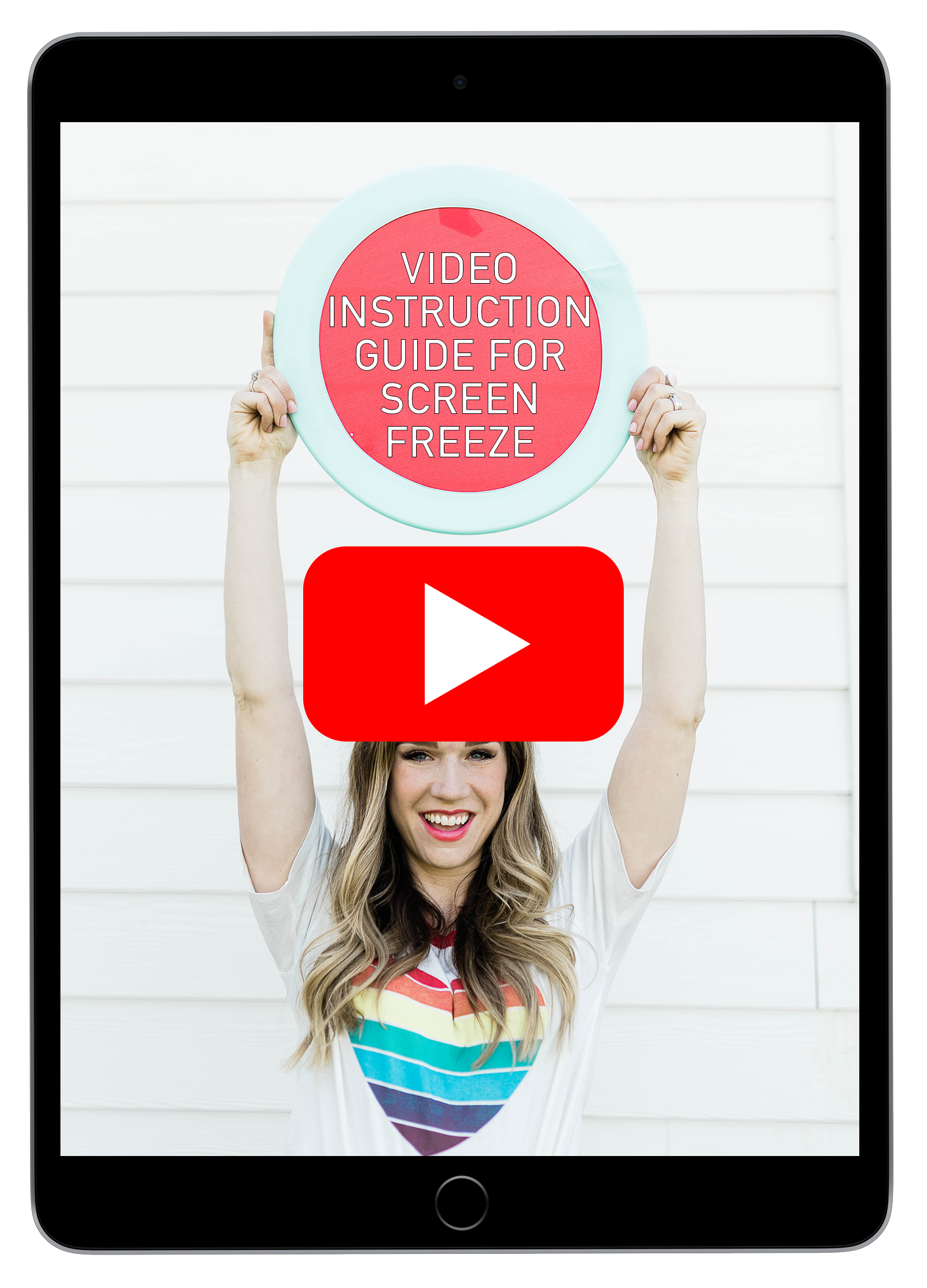 Have no fear!  We will walk you through step-by-step in our 4 part Video Instruction Guide.  We will help you prepare for and implement your screen freeze.  We will help your family develop the habits you need to have healthy relationships with screens!
2) Your 36 Page Boredom Buster Printables Pack! 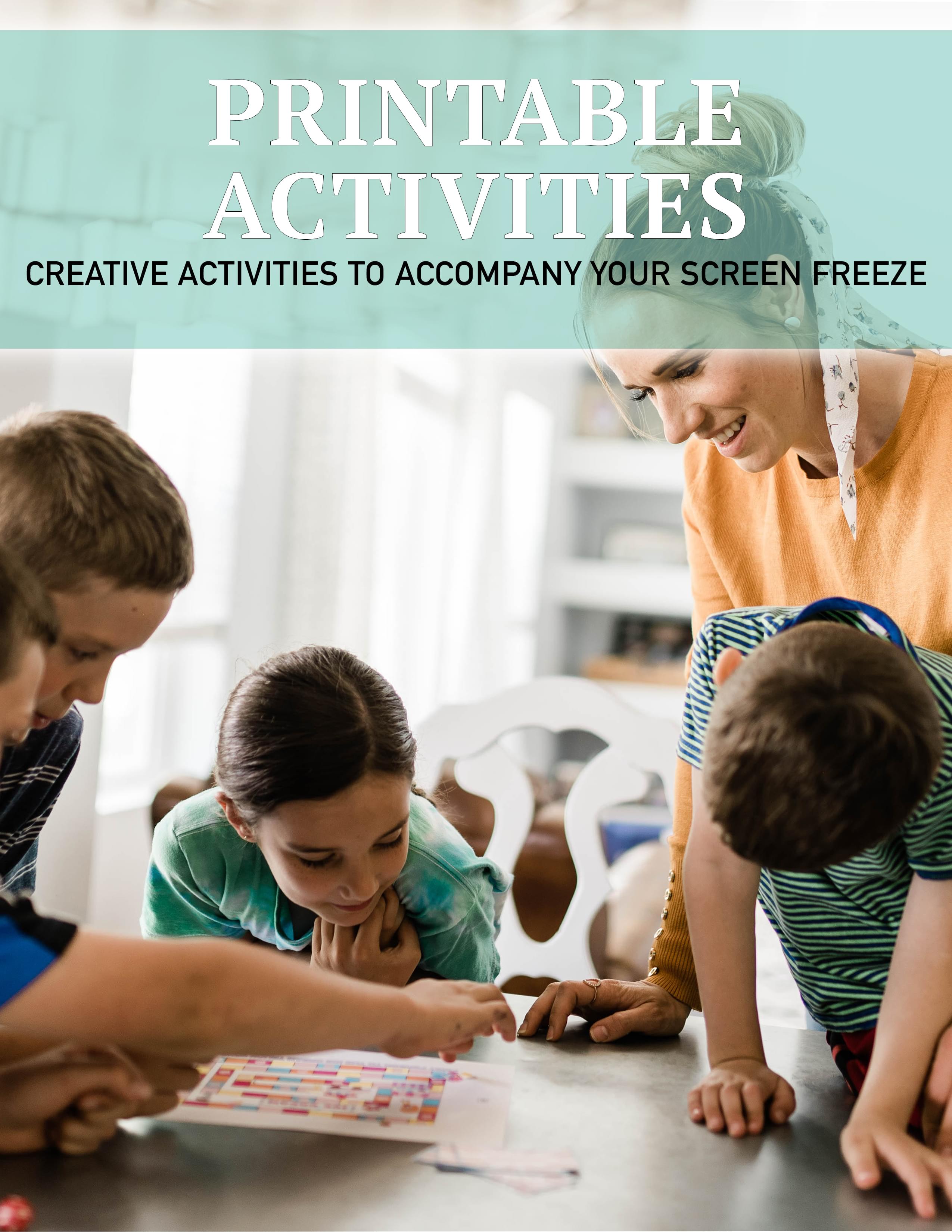 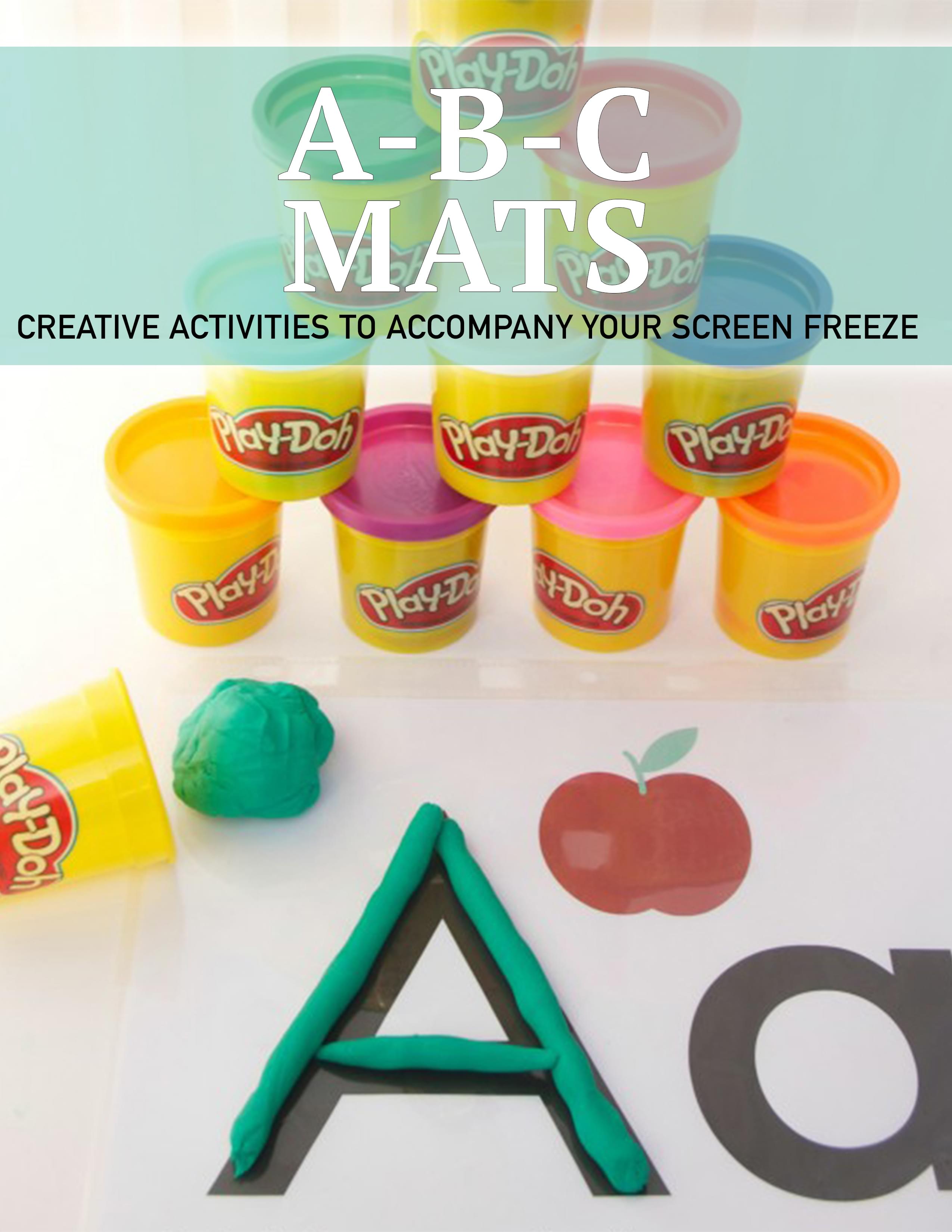 Your ABC Mat Printable Activity Book is perfect for young ones.  Your can use these mats with:
Who is This Handbook For? 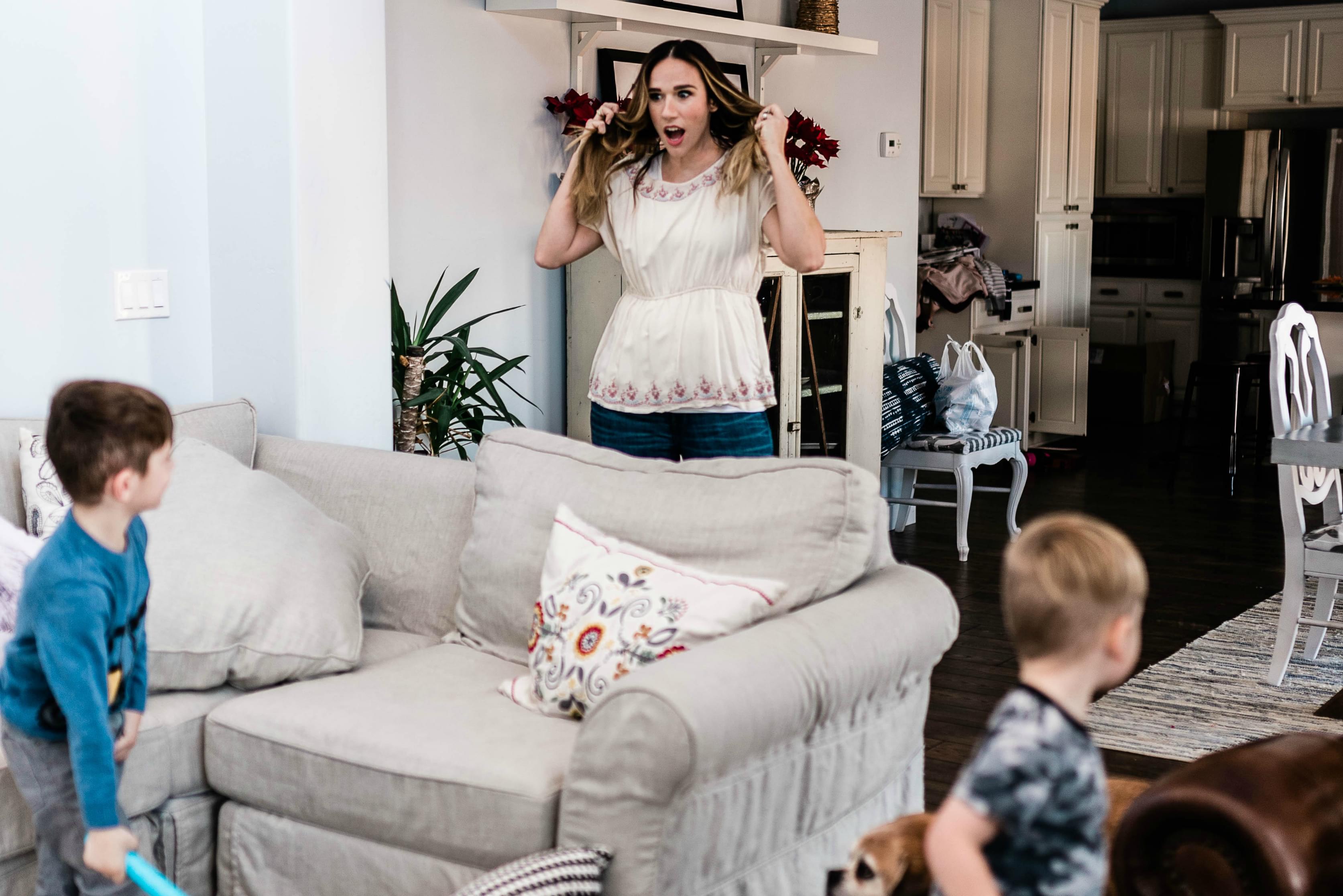 Start Having Intentional Moments With Your Child Today!
Start Your Screen Freeze Now!
Who Am I...
Camille Walker
Camille is a blogger, innovator, certified teacher, and an adventure seeking mom. She is the owner/operator of MyMommyStyle.com, a website designed to help moms enjoy their roles as mothers with activities for kids, recipes, travel tips, and just about anything pertaining to #momlife. She is passionate about helping families create meaningful moments as a family by turning off the screens and creating memories through intentional play and travel.
Camille lives in Utah with her husband Paul and four children Jackson, Jayne, Jett, and Jensen. Her favorite moments are spent outdoors with her family. She loves anything Disney related, wake boarding, snowboarding, reading, and movies. She finds the best fulfillment in spending time with those she loves most and meeting new people. 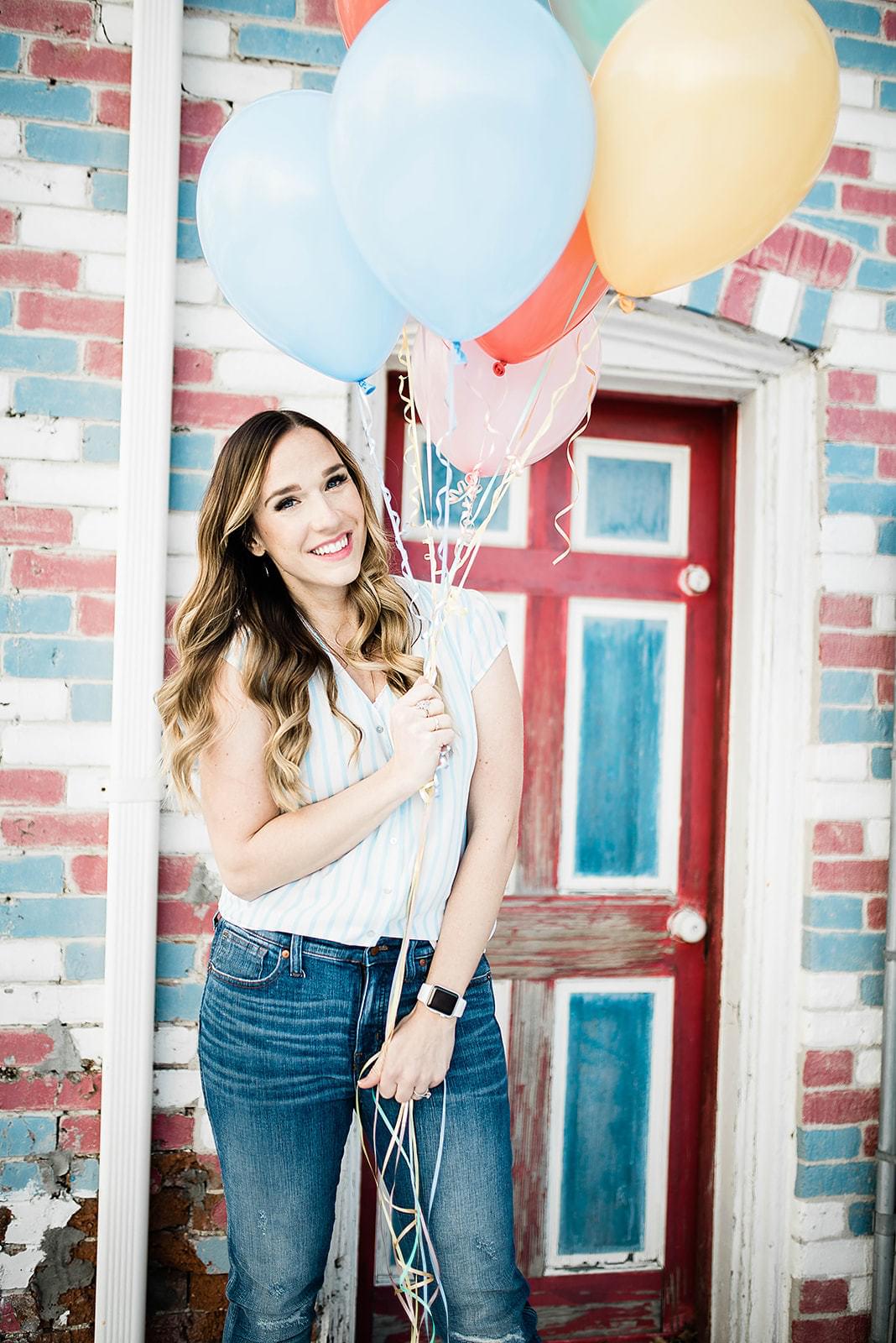 Why I Had To Develop This Handbook
When my third child, Jett, was 5 years old I heard a huge crash in his bedroom.

I raced up to his room in a panic, to find him on his brother’s top bunk…his face buried in his pillow.
“What’s going on Jett?” I asked with an exhausted, pleading voice.
“I just want to die,” he said as he buried his head into the pillow.
“What do you mean? That is a horrible thing to say.” My mind raced as I sorted through what could possibly have led to this, “Why don’t you come down here?”
I looked around the room to discover that while he was in his 10 minute time out to “cool down” he had broken apart a Lego creation he had spent hours on and had continued to throw hundreds of pieces all over the floor.
I held him and asked him why he had torn all the Legos apart….his response, “I just want to die in a hole.”
This was a cry for help and one that I felt completely inadequate to fix.
So let me back up a little bit to give you some context of how we got to this point.
I am a working, stay at home mom. I’ve been the owner of the website MyMommyStyle.com since 2012. This gig of being able to work at home and still be with my babies is one of the best things ever. It also comes with its own challenges and balancing acts. I have for the most part, been able to use nap time as my “get it done” power hours. Things were thrown off for me a bit when Jett decided he was done with naps.
So to allow for the same amount of time to get things done I allowed for this 2-3 hour block to be his show or video game time.
It seemed like a completely innocent way for a 4 year old to spend his afternoon. I never imagined it would lead to explosive behavior, suicidal toned thoughts, or bitter sadness.
My son is extremely imaginative. He can spout out the most creative battle scenes, imagine secret lava layers in the carpet or zombie invasions.
By the age of four he had developed anxiety over things that never bothered him before. He didn’t want to engage in group sports, he was afraid to get out of the car at a family party, he very strongly protested going to a preschool he once loved.
Then his nightmares began to take hold and we were in a constant state of fight or flight in situations that never used to scare him at all.
We had no idea what was causing all of this to happen. We had never gone through this with our older 2 children.
But when he declared to me he wanted to die in a hole, I knew at that moment I HAD to make a change.
We tried a lot of different things to try to improve his behavior.
We tried being more stern and strict with him. It caused him to have an even shorter fuse with more explosive behavior and anxiety.
We tried showing him extra love and attention, this helped a little.
We even tried taking him to counseling, which helped a little more.
One morning I went down during his “show” time to spend some time with him. He had his favorite show on. An Amazon original called “Pair of Ducks”. This is a show with two men playing Roblox (a game similar to Minecraft) and commentating as they are playing. I never understood why my kids like to watch other people play video games, but it seemed harmless.
The title of this particular episode was “Assassin Time”. As these two men went around killing everything in sight and commentating as they went, I became so disgusted and upset with myself. This show was waging war on my child’s heart and brain and I was pretty much clueless.
This Was My AHA Moment!
That night we sat down as a family and we decided we were going to take a 30 day screen freeze.

Ever since that 30 day reset we have seen a HUGE difference in our children’s behavior.
Looking back now I asked my son how he felt at that time when he was having so much screen-time and this is what he said, “My heart was not good. Weird, crazy, and kind of emotionless.” Jett, age five.
The first week of our screen freeze was brutal!  I quickly realized that if I didn't have a plan, the whining & boredom were almost unbearable.  I started by scheduling out activities for my children.  Once we had a plan, things quickly turned around!
This is the purpose of developing the Screen Freeze Handbook.  With plenty of activities and a plan for your family, I know you can have success like I did!  When you do, you will be surprised at the change in your kid's behavior.
After taking this reset, there were so many other benefits that I didn’t expect.
My kids rarely ask me for my phone now. This may sound crazy, but going out to restaurants without giving them phones has actually improved their behavior.
Nightmares! This was such a surprise. My 5 year old was having nightmares almost every night, and some nights he would wake up multiple times. Since the screen freeze his nightmares have almost completely gone away!
My kids have also found it much easier to go without screen time. Even as I was finishing up this book and offering some extra bonus screen time so that I could get a little more work done my son answered, “That’s okay mom, I feel like I got a lot of screen time over the weekend and I would rather go play with Legos or something.”
My kids are much better friends with each other. Just by having them play more with each other rather than watch TV together has increased their interaction with each other. This has really deepened their relationships with each other.
My relationship with my kids has grown to an all-time high. Our household has been more peaceful and had more love. 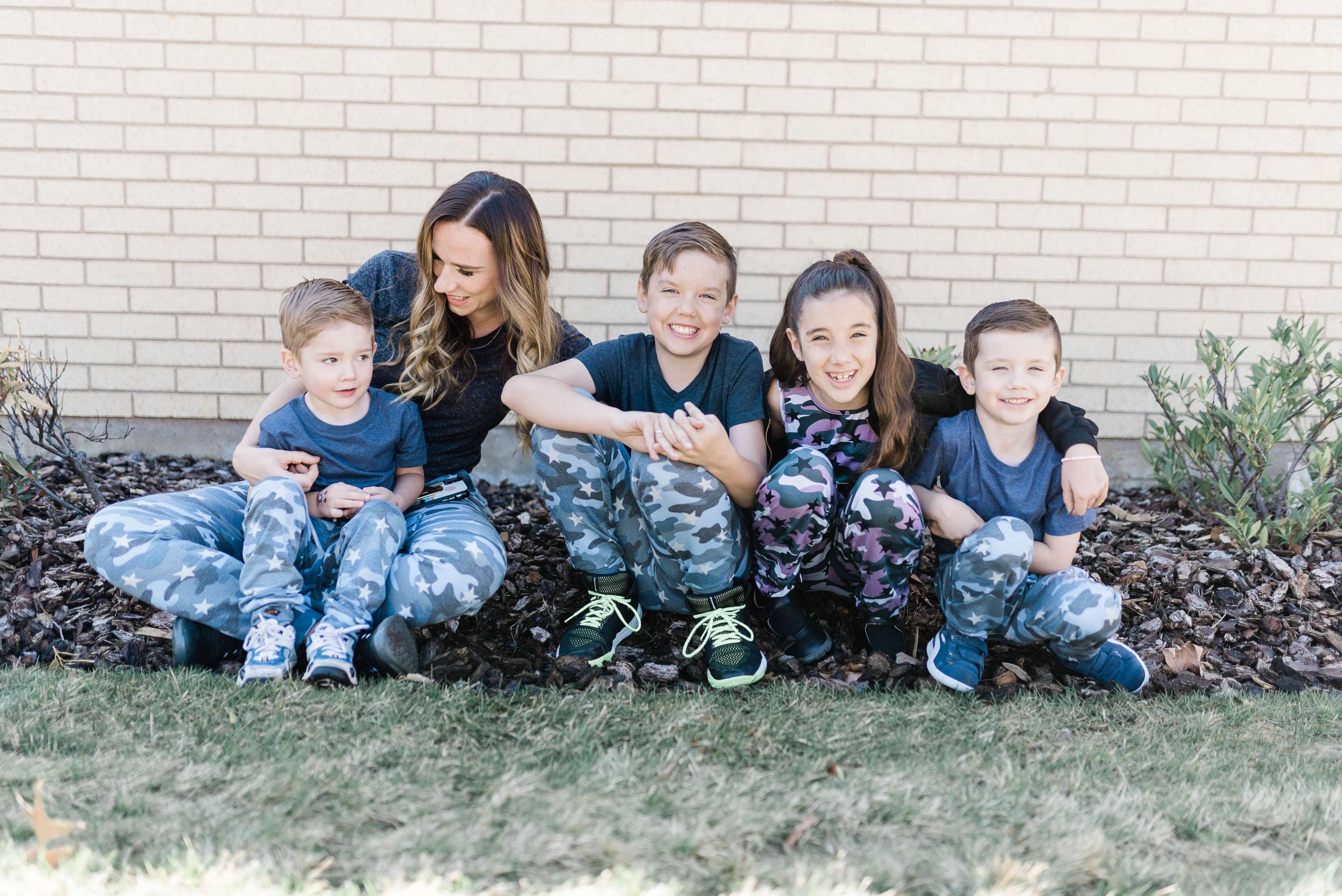 Click Below to Get Started
Start Your Screen Freeze Today!
Our 30 Day Money Back Guarantee!
If for any reason you are not completely satisfied with our Screen Freeze Handbook within 30 days of purchase, we will refund your money IN FULL!
So, what are you waiting for?!
This is completely risk-free...
If you think there might be the slightest chance that this could bring more peace & joy into your home, stop procrastinating and click the button below to get started on this journey together!
I am here to help you create intentional moments with your children!
I am with you!
Your friend,
Camille
Digital Version 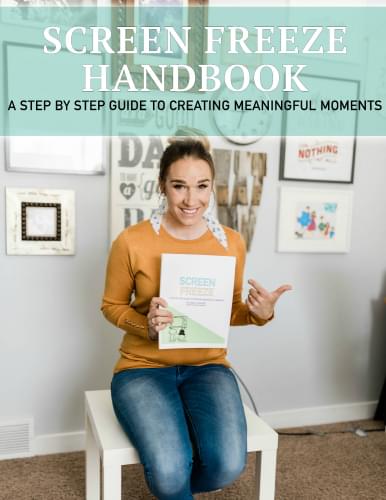 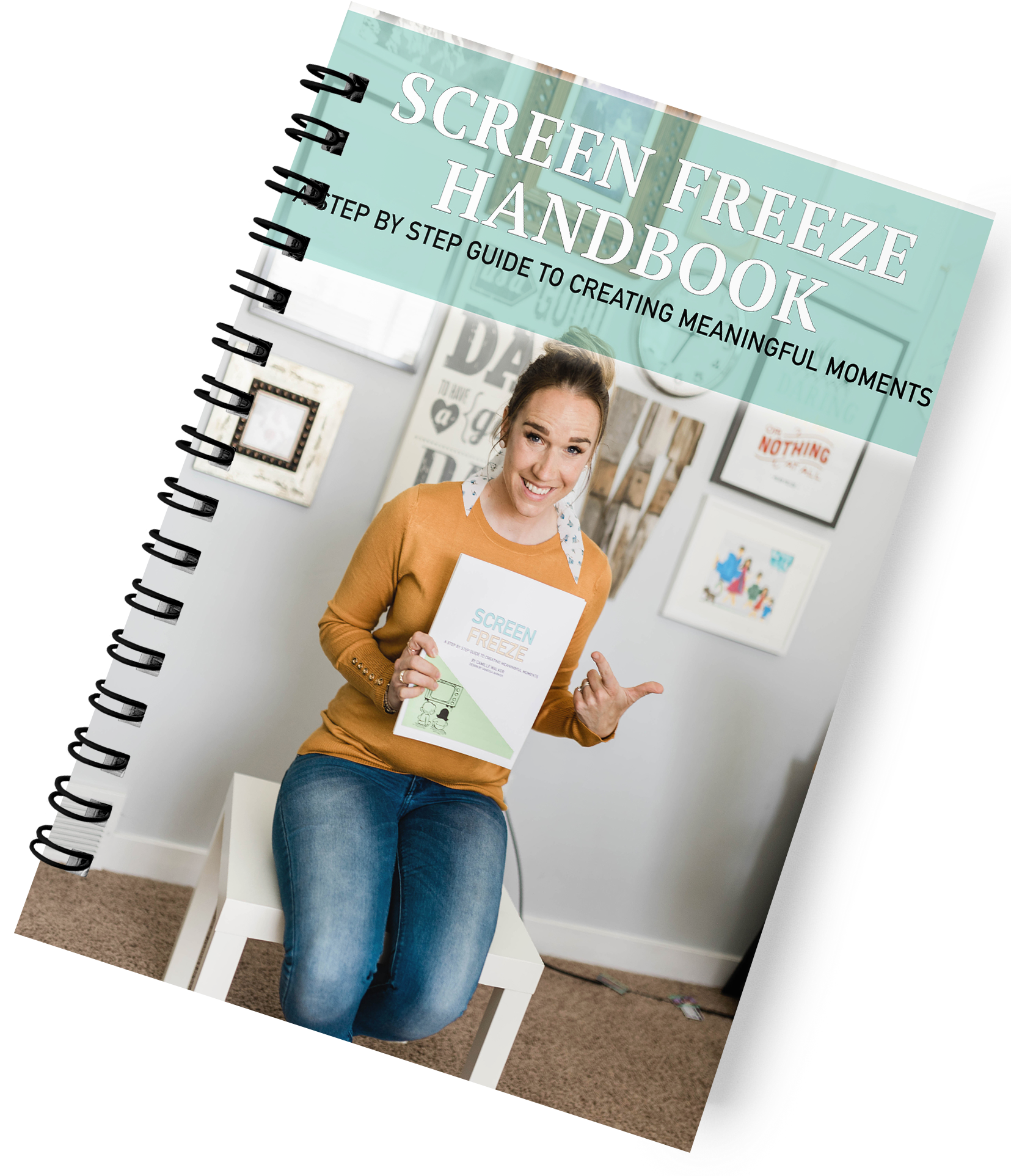 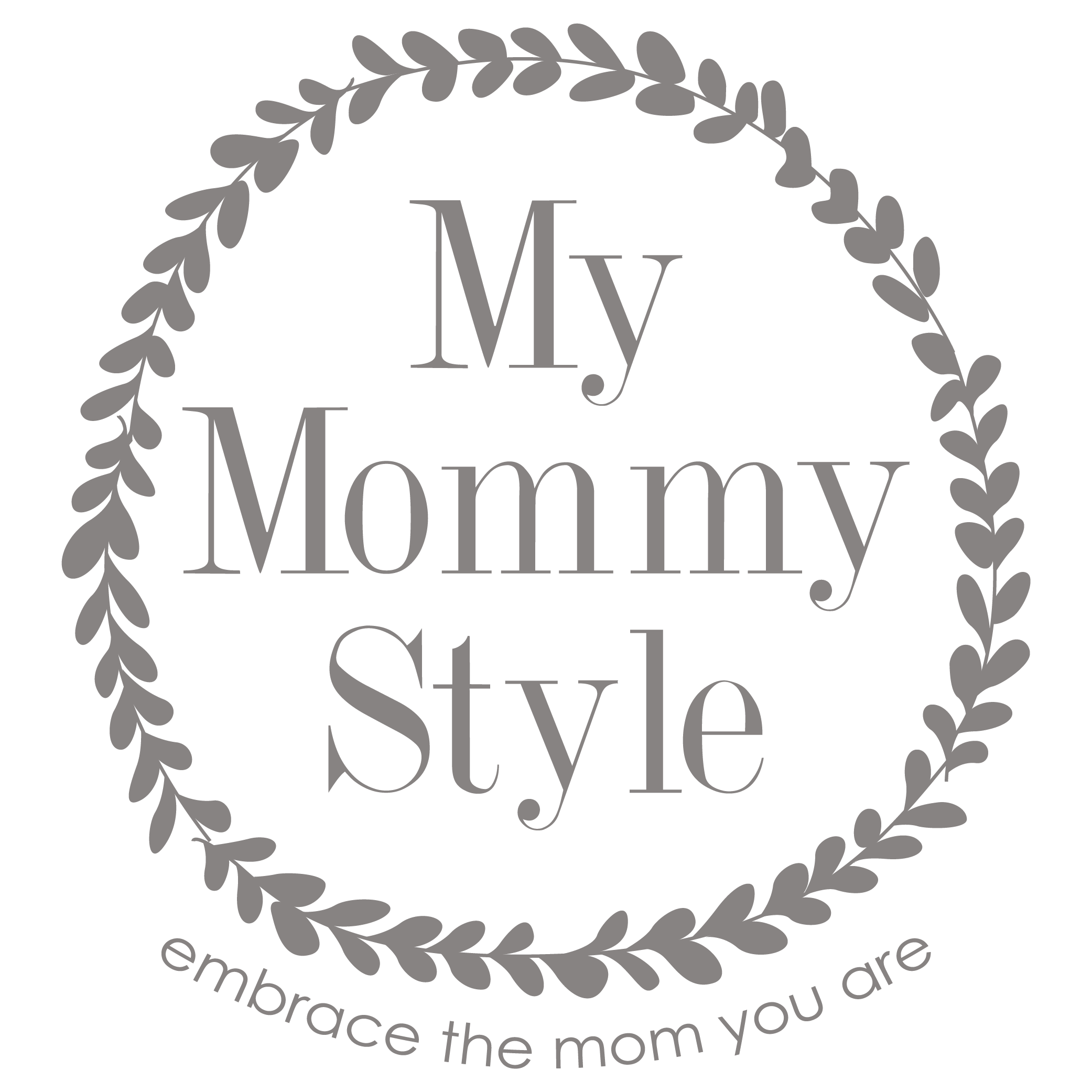